People are so scared in our society to talk about their financial difficulties.  It is a taboo subject that people avoid even more than discussing religion or politics. We all want to be like those people who made a fortune, we envy them and try to emulate them. At the very least, everyone expects to be able to live a middle class lifestyle if they work hard and play by the rules.  Many who aren’t living that lifestyle are asking themselves, what’s wrong with me?

Unfortunately people who are meeting with a bankruptcy lawyer are often manifesting an intense amount of shame.  They somehow feel like their financial failure is a moral failure, representative of some kind of failing they’ve had in life.  Because so many people are unable to discuss this outside the safe confines of their lawyer’s office, everyone thinks they are in this alone and that they’re a failure.  People even think that they’ll have to explain to the bankruptcy judge why they’re in the mess they’re in and justify it to them.

This feeling of shame and unwillingness to talk about financial problems is a big reason why debt settlement and debt management businesses are raking in cash.  They tell you that, for a price, they’ll handle your finances for you, pulling you out of the hole and keeping you from having to file bankruptcy.

Debt settlement rarely works and is usually just a ripoff.

They fail because creditors often don’t cease collections even after they’ve been contacted by one of these for profit companies.  The company you hired pays themselves first and THEN tries to settle your debts. Inevitably, the creditors who aren’t getting anything and won’t settle end up going to court and get a judgement against you and you’re back at square one, only poorer than you were.  This only benefits the debt settlement people and works because they convince you that bankruptcy is shameful.

Over the past few years more than 1.3 million people a year have sought bankruptcy protection and the numbers were even higher than in the last decade.  A recent study said that between 15 and 20% of all families in the United States would be better off if they had filed bankruptcy. The majority of people who live in the United States and need to file bankruptcy usually have a good reason.  The top three reasons for filing bankruptcy are job list, divorce, and some kind of illness, none of which are shameful. It isn’t like you’re out blowing money on gambling, cocaine and prostitutes. The average bankruptcy client is married, middle aged, white, working and has some kind of education beyond high school.  Again, nothing shameful there. Having generous and consumer friendly bankruptcy laws ENCOURAGES competition and entrepreneurship. Any country that wants to thrive in our modern economy needs to protect people who take reasonable risks and fail to encourage more entrepreneurship. It allows people to take business risks without the risk of a life sentence for failure. Bankruptcy is vital to protecting people from failure and allowing them to get back on their feet.  If you feel the need to speak with a bankruptcy attorney about your situation, don’t let someone shame you into making a mistake that may cost you money and peace.  Contact the attorneys at Harmon and Gorove today to learn how we can help you get back on your feet.

New Year, New You! It’s a cliche really.  Every year we all make those ridiculous new year’s resolutions.  I’m going to lose weight, I’m going to get in shape, I’m going to eat better, I’m going back to school.  We all want to better ourselves in the new year because we view it as a fresh start, an opportunity to change our lives for the better.  Most of us don’t change our habits unfortunately and because of that we just fall back into the same old routine that we’ve lived in for the better part of our lives.  We don’t go back to school, we join the gym but we stop going after three weeks, we go out and buy the health food and it ends up rotting in our fridge.  We are, unfortunately, creatures of habit.  But we don’t have to be.

189,000,000.  That’s a large number.  That’s more than half of the United States.  That’s also the number of people who have a credit card in the United States. The average person carries more than $8,000 in credit card debt alone and as a whole, consumers in the U.S. have more than 13 TRILLION dollars of consumer debt.  While the majority of that debt is tied up in our homes via mortgages, credit card debt and auto loans total nearly 3 Trillion dollars.  That’s almost enough to run the entire government of the United States of America for a year.  With all that debt floating around out there, it’s no wonder people find themselves in trouble and find their nest eggs shrinking and their ability to fund even basic life expenses severely limited.

New Year, New You can apply to a lot of things in your life.  One thing that people often put off is a change in their financial habits. Money is hard and like anything that’s hard, most people just want to keep the status quo.  We go along, making our minimum payments to keep people off our backs.  By doing that though, we never really get ahead.  We keep trudging along with the heavy weight of debt tied around our necks.  Keeping us up at night, keeping us stressed, keeping us unhealthy and keeping us from bettering ourselves.

We want to help.  The attorneys at Harmon and Gorove have decades of experience using the bankruptcy laws to help people clean up their finances and get their lives back on track.  If you really are all about the New Year, New You, start with your wallet.  It’s a step in the right direction and it isn’t nearly as painful as that stairmaster at the gym.

So many people ask us, can someone attach liens or judgements to my retirement savings. The long and short answer is, only if you let them.

For many Americans, buying a new car is a reason to celebrate.  People often choose to buy a car when a major milestone occurred such as graduation from school, a marriage, the birth of a child getting that promotion or reaching the retirement milestone.  However, today’s new cars are more expensive than ever, causing more and more people to take out car loans that stretch past the traditional limit of 48-60 months.  72 month loans are pretty much standard practice with 84 and even 96 month loans becoming commonplace.  While this may seem like a good idea when you’re looking at your monthly payment, this practice is leading Americans down a road of debt that is difficult to come back from,

The Hidden Costs of Car Ownership

With the average cost of a new car climbing over $37,000 in 2019, the average American family is finding it harder and harder to get into any car at all, much less their dream vehicle.  This is where unscrupulous car dealers and banks come into the equation. Car dealers and now selling people cars and financing them for periods exceeding 60 months at an alarming rate.  An example cited in a recent Wall Street Journal article described the plight of a young man who recently purchased a car understanding that he needed the payment to be $400 a month or less.  Once the dealer got them into the finance office, they convinced him to add on high margin items like extended warranties and tire protection packs that added another $100 a month to his loan.  In order to get close to the payment he needed he ended up financing his $27,000 car in a 72 month loan which will ultimately cost him $9,000 in finance charges and not be paid off until 3 years after the bumper to bumper coverage expires and long after any secondary warranties expire as well.  This could potentially leave him paying thousands of dollars out of pocket to cover repair costs in addition to his $500 a month payment.

If you are one of the unfortunate people who have found themselves underwater on a car that requires thousands of dollars in repairs, isn’t running at all or is now worthless because of unscrupulous car dealers tricking you into thinking you could afford a vehicle by spreading payments out over an extremely long term, you should consider speaking with one of the attorneys at Harmon and Gorove.  Our attorneys have decades of experience helping good people free themselves from the bondage of debt and unscrupulous creditors.  Contact our office today for a free consultation to learn about how bankruptcy can help you get your finances back in order and your life back on track. 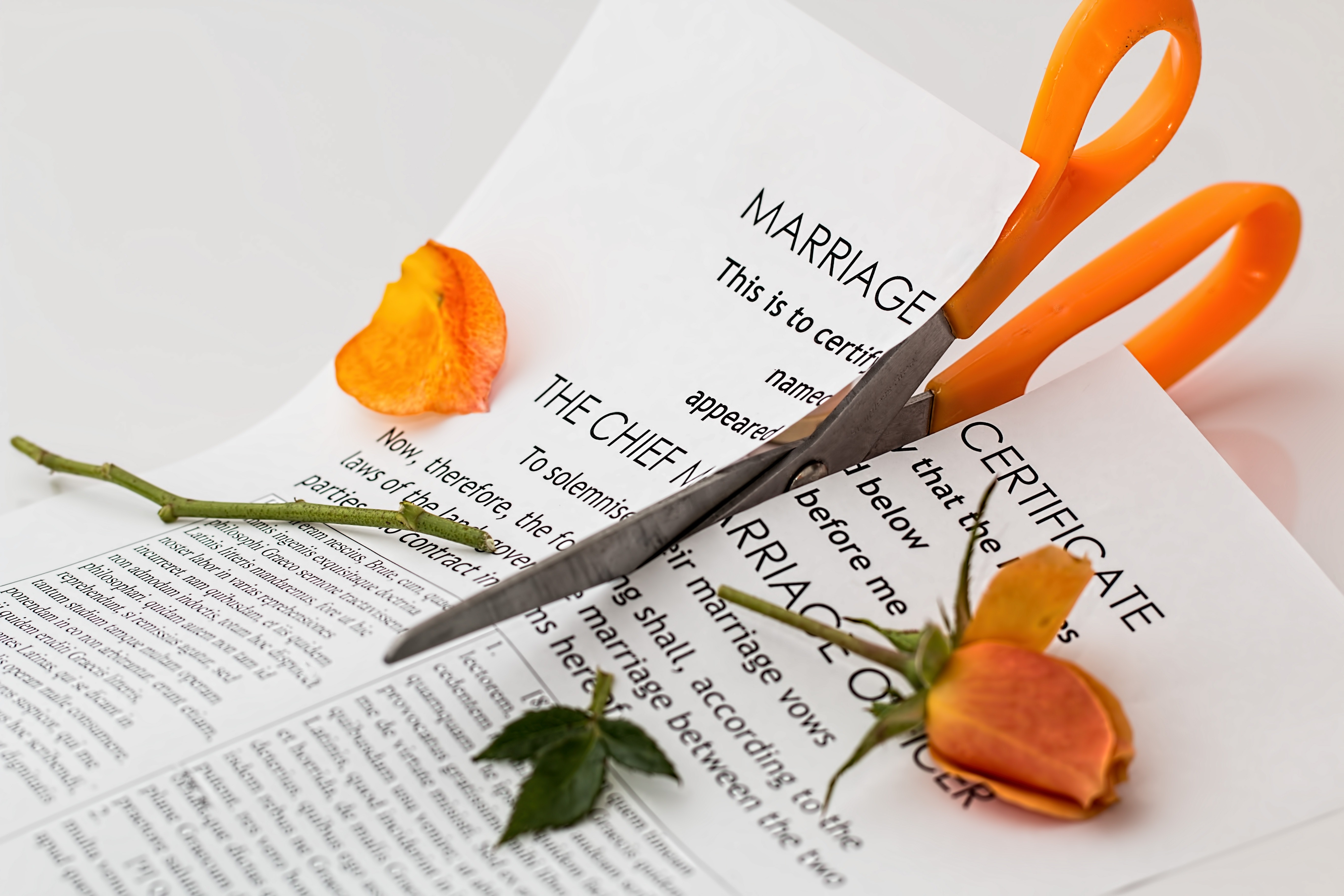 In a perfect world, your supervisors and your Human Resources department will understand what you’re going through and cut you some slack. Good co-workers will be there to listen and help out until you can regain your footing and get your life back in order.

In a sense, going through the process of a divorce is like getting sick; you shouldn’t be blamed for needing time off or being less productive for a period of time. In the end, it is highly unlikely that you are the first employee who has gone through a divorce.   Unless you do something that clearly violates company policy, it is illegal for an employer to fire you just because you are going through the process of getting divorced.

Having said all that, we do have some tips for how to handle the emotional stress of a divorce at work.

Divorce isn’t an easy process.  While an uncontested divorce is easier than a contested divorce, it may be hard at times. Try to follow these simple rules and remember, it’s best for you, your job, and your divorce to try to keep a level head and not get overwhelmed.

If you feel that you need to speak with someone regarding an uncontested divorce, call the attorneys at Harmon and Gorove today.  They have decades of experience handling uncontested divorces and keeping things civil between divorcing spouses.

As a Disabled Veteran, Can I still Work?